12 Questions With Our Associate Artistic Director

TELL US A BIT ABOUT YOUR BACKGROUND

I grew up in Pikesville, MD and went to Carver Center for Arts and Technology for high school, where I was part of their theatre track. Then I went to Emerson College, where I studied acting and directing. My family still resides in Pikesville, but I live in Manhattan, although I visit often.

WHAT IS YOUR EVERYMAN CONNECTION?

My acting class at Carver had a subscription to Everyman. We would go to the evening performances. I have vivid memories of seeing A Delicate Balance, Fences, My Children, My Africa, and The Crucible. I grew up going to New York perhaps once a month to see a matinee—always musicals. Everyman, in conjunction with my acting class at Carver, was my first exposure to Edward Albee, August Wilson, Arthur Miller—pretty mind blowing stuff at any age, especially at 14 and 15.

My interests are in storytelling and finding ways to use theatre as a way to connect to community, to be part of a larger cultural conversation.

WHY EVERYMAN? WHY NOW?

I’ve been working in New York, regionally, and internationally for the past nine years. I reached out to Vinny two years ago to introduce myself, to let him know that Everyman had provided these really memorable experiences for me, and that I was working in theatre. My interests are in storytelling and finding ways to use theatre as a way to connect to community, to be part of a larger cultural conversation, which felt like a good fit for Everyman. I invited Vinny to see my work and he came to New York to see a piece I directed that was playing at Lincoln Center. Not long after, I was invited to direct An Inspector Calls at Everyman. Baltimore and Everyman are home to me.

WHAT IS YOUR VISION FOR EVERYMAN?

I love Everyman's commitment to presenting really terrific works of recent years and the last century with the spectacular resident company of actors and designers. I am eager to work more with them. I am also fiercely committed to developing new work, which is how I spend much of my time. In the next year I’ll be directing the new musical Los Otros and, with this, I hope to expand what Everyman is capable of in several ways. It will be the first musical in the new space and the first time Everyman has commissioned major American dramatists to complete a work to specifically premiere at Everyman. Putting new work out into the world, shaped by the company and staff at Everyman, by two of the major artists working in the theatre is a great, great thrill and source of pride not just for me, but I hope for Everyman audiences, too. It’s important for us to remember to rediscover the classics, but equally important to take steps forward with daring new projects—all while being true to Everyman’s mission of featuring remarkable actors in well made stories. I see Everyman becoming an incubator for new work, in addition to introducing that next high school kid to the best plays ever written.

IS THERE A PARTICULAR SHOW THAT YOU HAVE WORKED ON THAT YOU CONSIDER YOUR FAVORITE? WHY?

I've had some pretty great ones... The one that comes to mind first is Bleeding Love. I spent two months with an amazing company in Denmark where I directed this outstanding new American piece...in Danish! I immersed myself in the Scandinavian culture while working with many terrific artists in a very different, wonderful structure where I and everyone on the team were supported in every possible way to do the best work we could do. My parents got to visit for two days, watch the show, and pretend they understood every word. 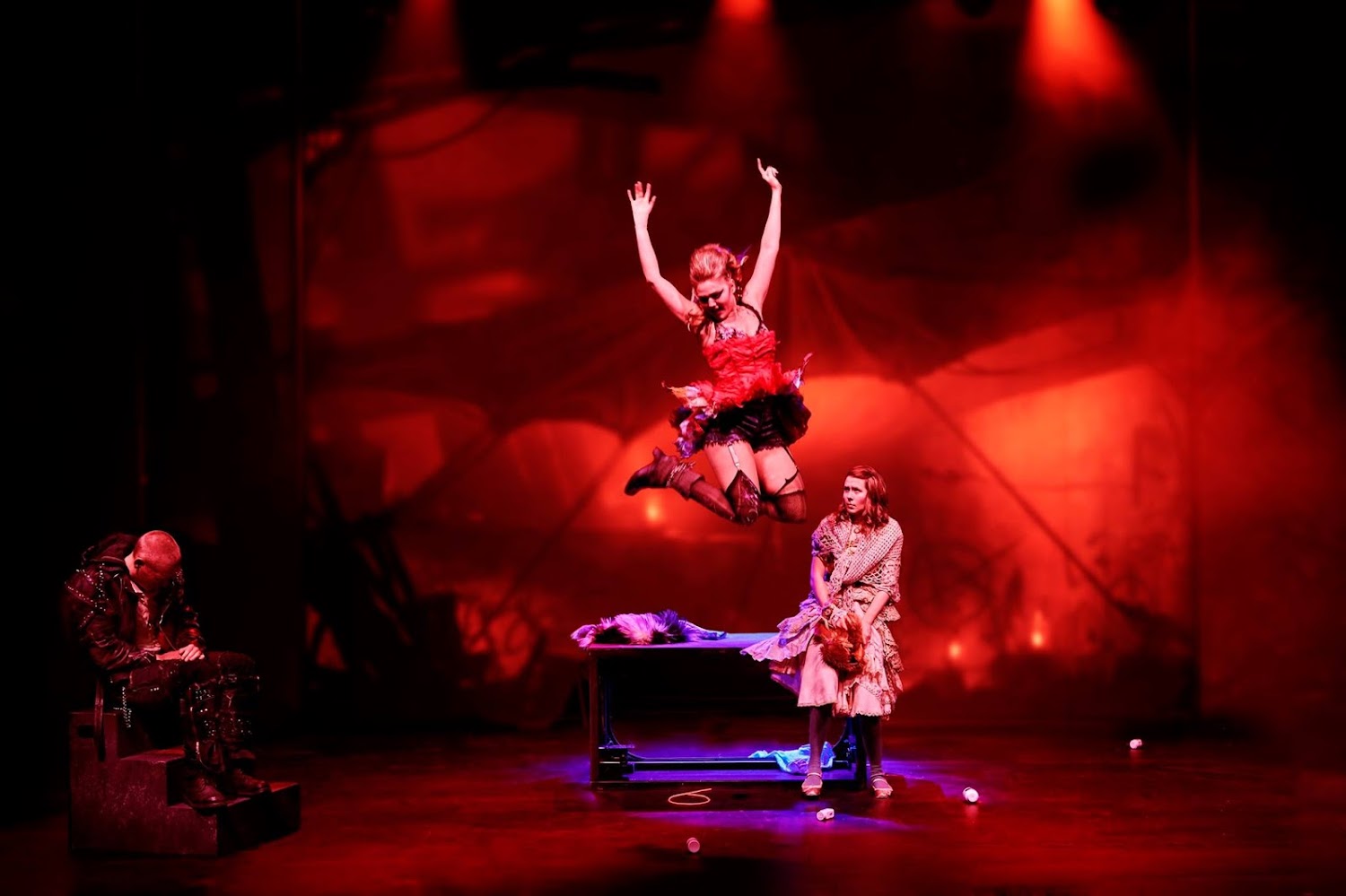 WHAT ARE YOUR HOBBIES OUTSIDE OF THEATRE?

I love to cook! I volunteer at a couple dog shelters. I'm also a classic film buff—Hitchcock, Bergman, Kurosawa and Ozu.

It's part of our job as artists to help lead these conversations of how we can get along better in a productive way.

WHAT EXCITES YOU ABOUT THEATRE RIGHT NOW?

Last year I visited the great theatres in Berlin and Copenhagen—places like the Berliner Ensemble—that have influenced so many important artists. To be in the room and to meet the people working there was so exciting. I love the work the Theatre of Scotland is doing, and I’ve long been inspired by the Theatre du Soleil. I’m excited that Broadway audiences are at last discovering and embracing the work of Ivo Von Hove, whose work I had seen for several years at the Lincoln Center Festival and at BAM (The Brooklyn Academy of Music). And I love that Broadway audiences kept Jeanine Tesori and Lisa Kron’s magnificent production of Fun Home on stage for over a year! It is not the type of show that we are told sells on Broadway. But most of all, I think the theatre and the arts are more important than ever, given what's going on with the election, mass shootings, our relationships with law enforcement. It's part of our job as artists to help lead these conversations of how we can get along better in a productive way that often doesn't happen in other outlets.

WHAT TV SHOW CAN'T YOU GET ENOUGH OF?

The Americans. It's extraordinary, frightening, and complex. It questions our allegiance to our country and empathy for conflicted and questionable characters.

HOW DID YOU BECOME INVOLVED IN LOS OTROS?

The first show I directed in college was by Michael John LaChiusa, a beautiful piece he wrote called Little Fish. I think I did the first production after the premiere in New York. We met back then and have stayed in touch over the years. He has been a great source of encouragement and inspiration. In late 2014, he invited me to a workshop of another piece he wrote with Los Otros lyricist/book writer, Ellen Fitzhugh, a magnificent project called The Nine Fathers of Ariel. There he introduced me to Ellen and they suggested I look at their piece Los Otros and it resonated deeply with me.

YOU HAVE DEEP CONNECTIONS TO THE WORLD OF OPERA. HOW DOES THAT WORK INFLUENCE OTHER ASPECTS OF YOUR ART?

It’s taught me to really understand music and how to look for the richest core of the story through what the composer is doing subtextually and through orchestration. I received a wonderful compliment last month from Renée Fleming, who attended a performance of I Am Anne Hutchinson/I Am Harvey Milk. She said that she could tell that I understood music and the work of the composer (Andrew Lippa) was lifted into all aspects of the production through the connection of the music woven through the staging. That’s one of the best comments I’ve received about my work. That I was honoring Andrew and fully realizing the subconscious depths he was working toward and helped translate it into a visible language. I feel that’s at the core of what we can do in theatre, where the story is operating on various levels. The operas of Wagner and Richard Strauss have enriched my understanding of this in particular. 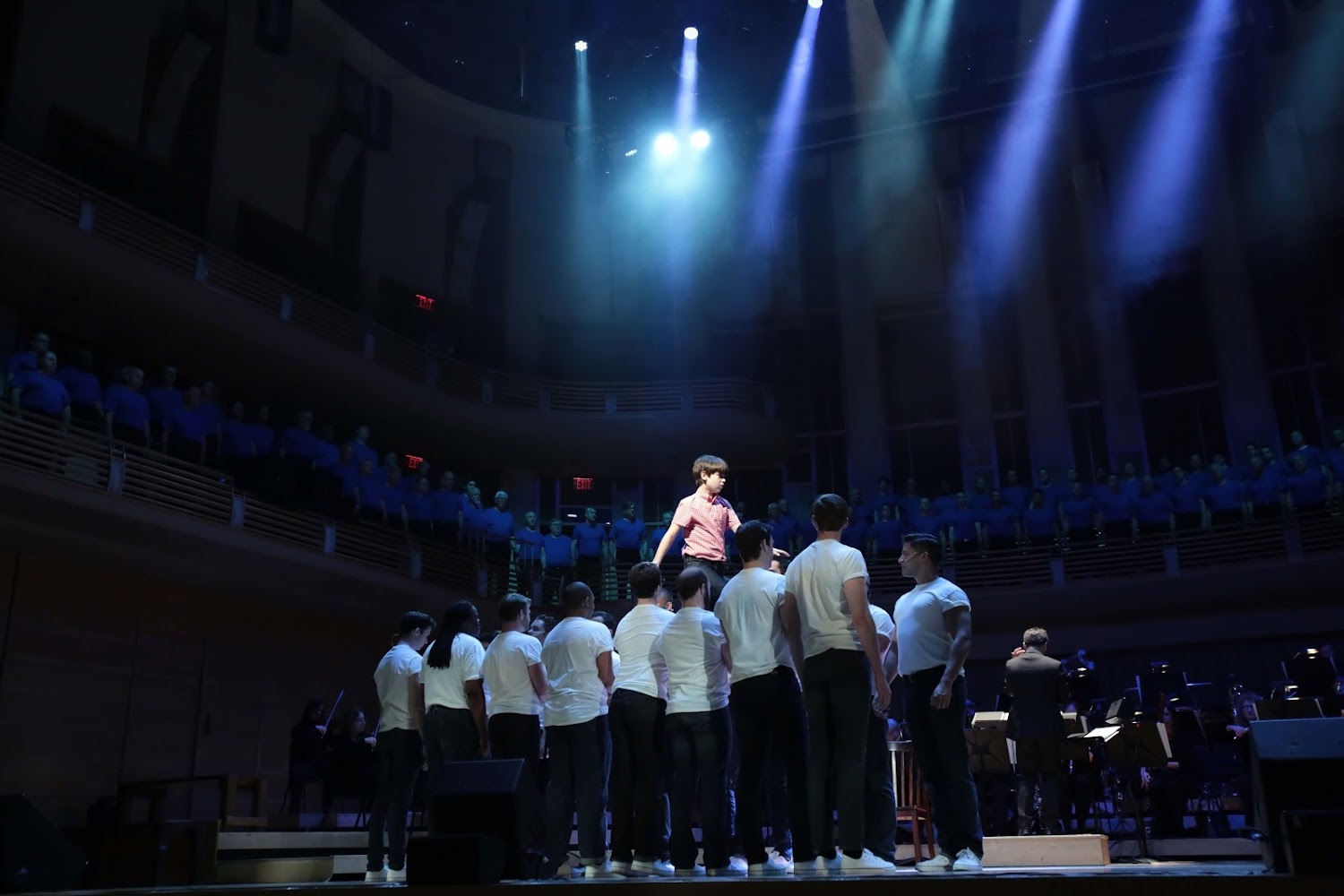 WHAT IS THE BEST PIECE OF ADVICE YOU HAVE EVER RECEIVED?

"Leap and the net will appear," from my acting teacher in college, Mark Cohen.

WHAT'S UP NEXT FOR YOU?

I’m working on a new project that is being developed in both Korea and New York called What I Learned From People. It’s a romance set in the future that gives hope to a return to humanity, working through the current state of isolation with our devices. It features an Asian American company and musicians. Andrew Lippa and I are also continuing work on our great opus, I Am Anne Hutchinson/I Am Harvey Milk.

A History of Women’s Undergarments
5 Myths About the French Revolution
Dramatic Irony in "Great Expectations"
Curtains Up on Careers: Dialect Coach
INTRODUCING THE UPSTAIRS SPACE